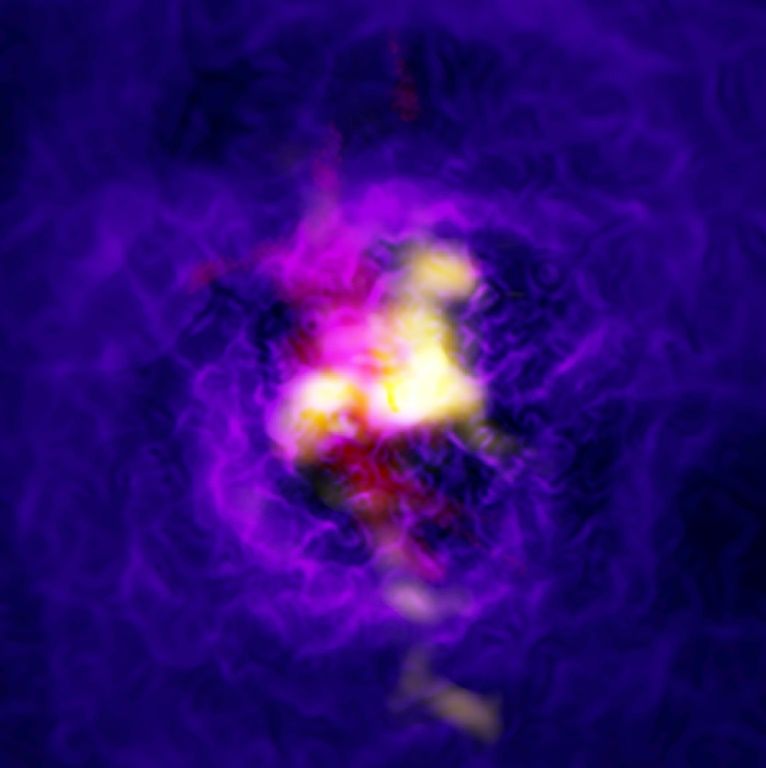 A handout photo released by the European Southern Observatory shows a composite image of the Abell 2597 galaxy cluster depicting the fountain-like flow of gas powered by the supermassive black hole in the central galaxy.

A team of US astrophysicists has produced one of the most precise measurements ever made of the total amount of matter in the Universe, a longtime mystery of the cosmos.

The answer, published in The Astrophysical Journal on Monday, is that matter accounts for 31.5 percent — give or take 1.3 percent — of the total amount of matter and energy that make up the Universe.

The remaining 68.5 percent is dark energy, a mysterious force that is causing the expansion of the Universe to accelerate over time, and was first inferred by observations of distant supernovae in the late 1990s.

Put another way, this means the total amount of matter in the observable Universe is equivalent to 66 billion trillion times the mass of our Sun, Mohamed Abdullah, a University of California, Riverside astrophysicist and the paper’s lead author, told AFP.

Most of this matter — 80 percent — is called dark matter. Its nature is not yet known, but it may consist of some as-yet-undiscovered subatomic particle.