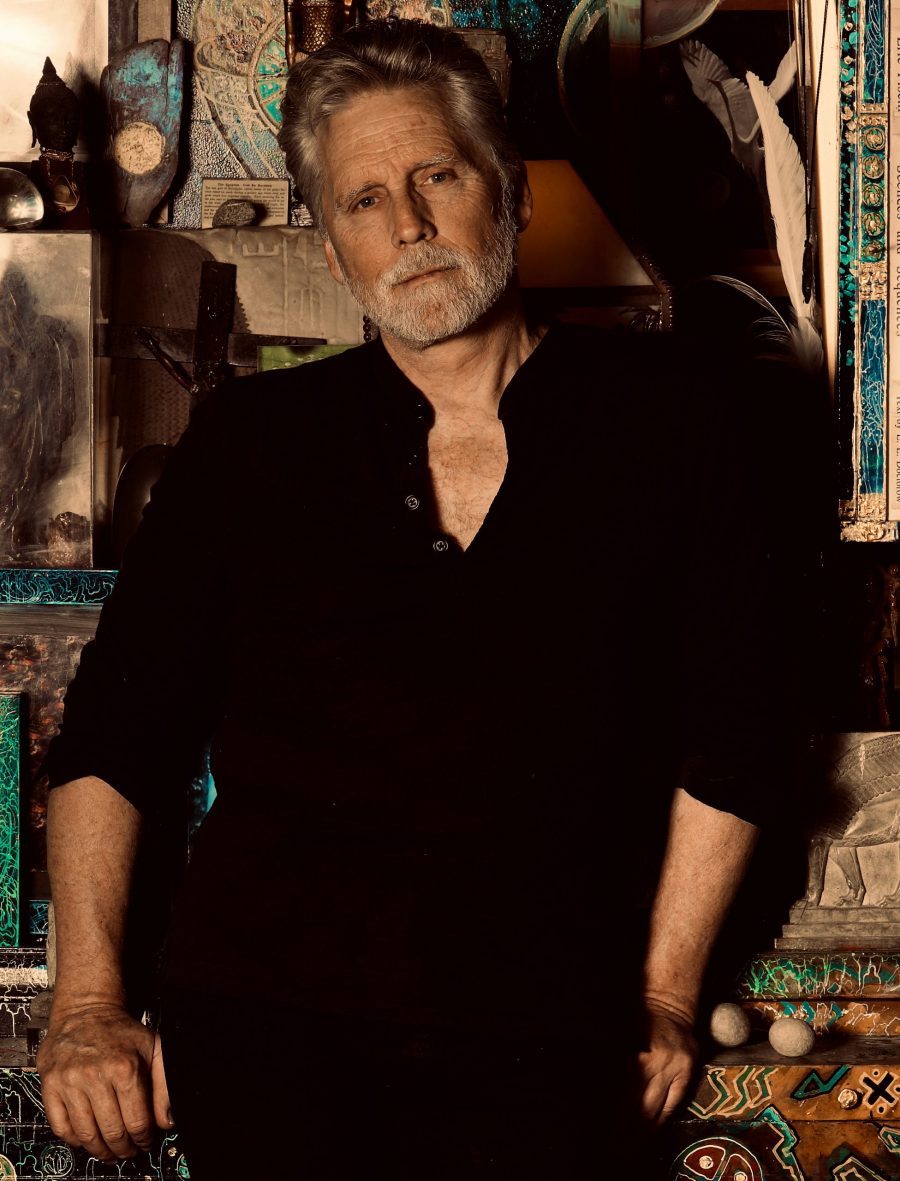 Leigh J McCloskey    A Modern Renaissance Man, Artist, Actor, Author, and Visual Philosopher
Biography: Leigh J McCloskey is modern renaissance man, he is an artist, author, well known actor and visual philosopher.  His highly creative life has been devoted to exploring the symbolical, archetypal and hidden aspects of the psyche and inner self through his art, scholarship, books and experiences as a professional actor for many years. He has hosted weekly discussion groups in his home, Olandar, for over 39 years. His deep knowledge ranges from arcane wisdom, religion, depth psychology and quantum physics to the mythic imagination and the creation of art. He is the founder of Olandar Foundation for Emerging Renaissance (OFFER) and gives regular tours of his art and home, Olandar.
Leigh lectures both nationally and internationally and has given numerous talks and presentations of his art and visual philosophy. Many are available on youtube. He has contributed numerous essays on topics ranging from William Blake and the Heroic Imagination, the Archetypal Tarot & the Kabbalah, to Jacob Boehme and Theosophical Thought. He has written, illustrated and published seven books, including his masterpiece of art and writing, “Tarot ReVisioned,” reviewed as possibly the most significant contribution the tradition in over 100 years. Art from his Codex Tor illuminated books was the art for the highly acclaimed album, “Cosmogramma” by Flying Lotus and his magical Grimoire paintings toured with the Rolling Stones, “A Bigger Bang Tour (05-07). Leigh is also a well known actor who has starred in many television shows and movies including Dallas and a number a day time dramas such as General Hospital and Santa Barbara.  On 9-11-01 he began painting the floor of his home library studio, “The Hieroglyph of the Human Soul,” (acronym:THOTHS) Library. It is  in 3D and has grown to cover the walls, ceiling, furniture and books creating a fully immersive mythic-domestic environment that tells the story through art of the deeper purpose and meaning of the human pilgrimage and finding our way home, together.
leighmccloskey.com
leighmccloskey Wikipedia
leighmccloskey youtube channel
June feature in Sanctuary Magazine “: https://www.sanctuary-magazine.com/june-20-leigh-mccloskey.html
9-11 & the 20th birthday of “The Hieroglyph of the Human Soul/THOTHS Library” with Leigh J McCloskey https://youtu.be/NXIWSNAf8lM