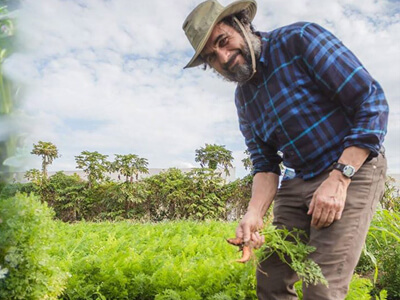 Are Pandemics Nothing But Hoaxes? The True Secrets of their Origins Revealed

Are pandemics nothing but false alarms hyped by pharmaceutical powers to attain their own nefarious advantages? No doubt, during these crises people die senselessly. There is usually nothing modern medicine can do to abate them. In fact, medical intervention usually worsens the dilemma. Right now, vaccines are all the rage for medical intervention, Bill Gates, for one, calling for up to 7 billion of them to be administered, claiming this is the only hope.

He is wrong. Vaccinations are the curse of civilization. They cause no good but instead create vast harm. As they perpetrate a wide range of fulminant diseases, including neurological disorders, autoimmune conditions, and cancer, why administer these septic solutions, especially on a global scale? Why do so, that is unless the goal is to weaken, sicken, and kill people? If he has his way, the human race will be sickened beyond repair.

The disease, death, and despair they are responsible for is beyond count. To be free of them means to have a decent, productive, and vital life without disease and devastation. The world should vigrously end this medical nightmare. There is no need for these injections.

Even the top medical authorities agree that they are disease-provokers. In fact, all have stated that vaccines are designed to cause a mild case of the diseases they are supposed to prevent. However, they also know and fully admit that there is no means to predict whether the case will be mild or severe, even deadly. This is why their promoters must ‘test’ them first, typically on a large scale, to be sure they are not disastrous–to be certain they don’t cause people in large numbers to become sickened or die. It is  also why they are often tested offshore, typically in impoverished populations, so the criminal minds behind them can bury their mistakes.

This means they are questionable at best. Why take the risk?

In an article published on this site it has been proven that the 1918 crisis was rather than a pandemic strictly a vaccine-induced debacle. It began in heavily vaccinated soldiers stationed throughout the United States. Created by the Rockefeller Institute, these shots were loaded with septic bacteria, which caused injury and death from bacterial pneumonia. No pandemic virus was involved. Eventually, the public was extensively immunized and so they, too, became victims.

This crisis, where some 20 to 40 million died, should be looked at differently. It should be regarded as a medically-induced catastrophe involving the spread of sepsis, not a true pandemic. The idea was to try this manipulated septic soup on humans who have no ‘social potential,’ therefore, the soldiers.

This outbreak, which ultimately resulted in 2 million deaths, is related directly to vaccines. Says Professor John Oxford of St. Bart’s and the Royal London Hospital, when interviewed on NPR, “the 1957 H1N1 pandemic probably started when it escaped from a lab.” This was a facility where the germ was being researched for vaccine production. Most likely, trials of the inoculation led to the spread in humans.

Let use evaluate two examples of the fraud of vaccination, starting with the 1970s-era so-called swine flu. By the way, this was shortly followed by the ‘Russian flu.’ Regarding the swine flu there were all the messages of great panic, somehow this would mimic the 1918 catastrophe, people were told; up to  40 million could die.

Do you know what all three of these had in common? They were all vaccination-induced. To put it simply all were strictly human-orchestrated.

Let us look at the hard evidence. According to the CDC the swine influenza started only in one place, Ft. Dix, New Jersey. Here, early in 1976 an outbreak occurred in soldiers and their direct contacts. This happened mainly in recruits. From the cases a type of H1N1 influenza A virus was isolated, leading to “an intense investigation.” That investigation was to determine the suspected cause of the outbreak, which was inoculations.

Notes the CDC bulletin: “On arrival, recruits received the 1975–1976 influenza vaccine. The regular soldiers also were vaccinated. This was offered to family members, 40% of whom accepted.

Rapidly, an “explosive, febrile respiratory disease outbreak involving new arrivals and others” developed. This was at a time when the temperature was cold, complicated by a wind chill as low as 45 degrees below zero. Specimens were taken from the violently ill and hospitalized, being sent to the CDC. It confirmed influenza viruses plus an unknown agent.

The CDC panicked. It knew it was from the vaccines, but this was not to be publicized. A cover-up was instituted, so the role of inoculations could never be known.

This was held to be a novel virus, which was used to dismiss any role, since the vaccine viruses were purportedly known. It was said to be “circulating at Fort Dix” and that it represented “two strains.” It was only circulating, because it was shed from the injections. The best that could be said was that the “possibility of laboratory contamination was evaluated.” Prior to the outbreak, nothing was circulating in the state. This was apparently a new mutation, and the only possibility was as a result of contamination in the lab, leading to tainted vaccines.

Yet, what was done? Powerful forces sped into action to demand the untenable: a national vaccine campaign. The CDC called for mass immunization. This is despite realizing that it was precisely these medical interventions that caused the mini-outbreak. A press conference was held, used to create fear and panic, comparing the Ft. Dix vaccination, limited though it was, to the 1918 flu. By March 15 President Ford swung into action, meeting with the great schemers of national vaccination, including the notorious inoculators Jonas Salk and Albert Sabin. He then held a televised an announcement supporting the plot.

At a Senate hearing a drug company mole, Joseph Stetler, requested government indemnity for the vaccine manufacturers. Pharmaceutical companies also refused to participate unless the government guaranteed a profit. The government eventually subsidized them. Some $135 million was allotted for the swine flu immunization program. This was approved in April, just two months after the isolated, relatively insignificant outbreak.

The WHO then held a press conference to discuss the implications of an outbreak for “poorer nations.”  Meanwhile, insurance companies for the drug houses refused to cover liability unless extended by the government. Thus, the Ford Administration proposed in writing to Congress indemnity to vaccine manufacturers. The rest is history. This false vaccine, administered exclusively for profiteering, caused only corruption. Some 800 people were paralyzed, while dozens died.

About 1976 through 1977 both the Russians and Chinese were apparently attempting a swine flu vaccine. While this was happening an outbreak occured. However, the strain that arose was not naturally occurring. Instead, the genetic sequence was many decades old. Actually, it was confirmed to be a 1950s-era virus under research.

It was likely more Chinese than Russian, yet both are still possibilities. In the 1960s and 1970s nearly 40,000 people in the Soviet Union were injected with live influenza viruses. Meanwhile, China did so, also with live viruses, during the same period. Additionally, records exist of “mass production” of the same types of viruses behind the outbreak in Odessa, USSR. Yet, it was renowned virologist, C. M. Chu, former director of the Chinese Academy of Medical Sciences, who stated in an interview that the Russian flu was as result strictly of “vaccine trials in the Far East involving the challenge of several thousand military recruits with live H1N1 virus.” As in the vaccine-induced 1918 debacle the deliberate infection of several thousand people with H1N1 would surely be the spark for the outbreak. So, once again, heavily vaccinated China and the USSR were the source points for the pandemic. Plus, all the previously vaccinated were weakened, vulnerable to contract the illness.